Considered one of the great European capitals, Madrid is a city bursting with history, as demonstrated by the numerous monuments found on its streets. This cultural and artistic wealth forged over the years coexists with the modernizing spirit of present day Madrid, a dynamic and cosmopolitan city that looks to the future.

The nucleus of the city that flourished under the reign of the Habsburgs extends from the Plaza de Oriente to the Puerta del Sol, and has the Plaza Mayor as its reference point. Since its construction in the seventeenth century, Plaza Mayor has always been the stage for commercial activity.

As well as regularly holding markets and fairs, within its arcades the first unions in the city were established, who offered their wares to the locals and visitors from nearby towns. Moreover, the square has played host to large celebrations and multitudinous events, ranging from royal proclamations to public executions, religious processions, bullfights and theatrical works. At present, the square continues to host events of great relevance for Madrilenean social life.

In the historical centre of Madrid are buildings such as San Miguel Market, constructed between 1913 and 1916 by the architect Alfonso Dubé and Díez and which is the only example of its kind of so-called Cast-iron Architecture, and the Casa de la Villa, created by Juan Gómez de la Mora and a sample of Habsburg civil architecture.

Undoubtedly, the most well known place is Puerta del Sol. The stage of crowded events such as the celebration of New Year’s Eve and the symbolic centre of Spanish geography, the Puerta del Sol was originally an entrance on the eastern stretch of the wall surrounding 15th century Madrid, but due to the city’s development it was to assume a more central role in the city. 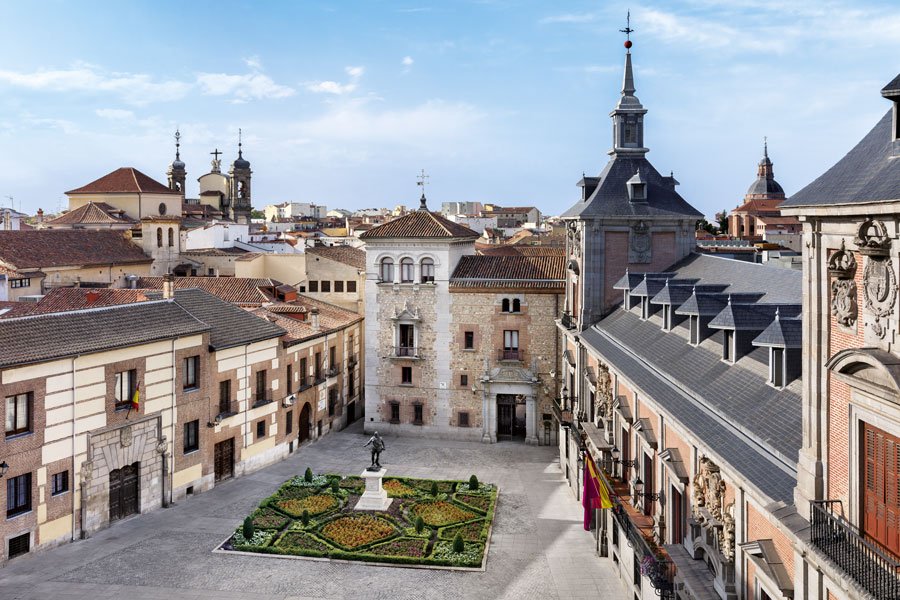 Religious institutions played an important role in Madrid from the Middle Ages, when the city’s layout was structured around a dozen parish churches. As well as their religious function, these parishes marked the administrative divisions of the medieval city, thus constituting key elements in the organisation of public life. In fact, all Madrileneans had to register with them to be able to enjoy the right of residing in the neighbourhood.

After the Court’s establishment in the city they took on an even greater role. Closely identified with the values of Catholicism, the successive monarchs of the House of Habsburg favoured the arrival to the capital of new religious orders –which managed to take up a third of buildable land–, at the same time as numerous churches were projected in accordance with the ideals of the Counter-Reformation, the Catholic movement that arose in response to Protestantism. 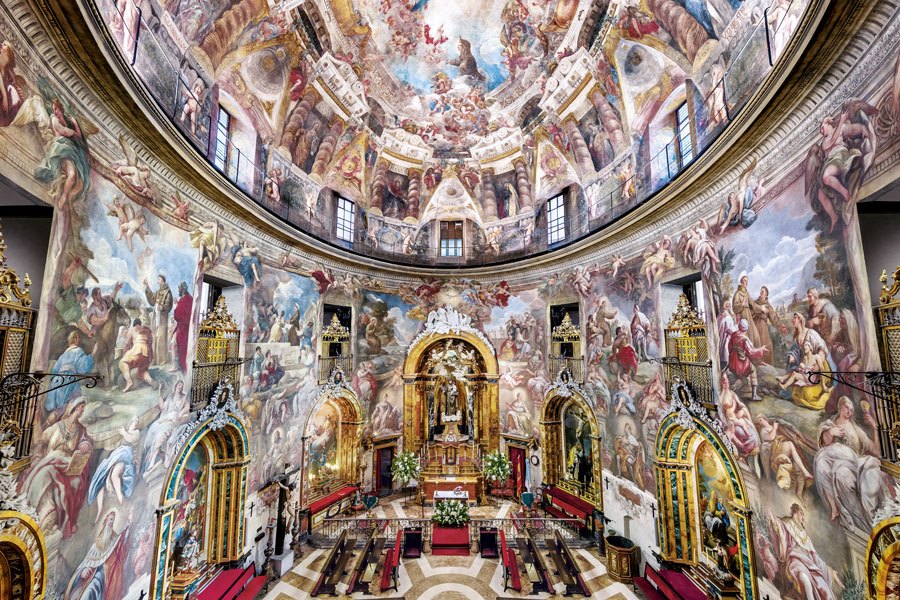 The Letras and Lavapiés districts

The Barrio de las Letras (Literary Quarter) gets its name from the intense literary activity that took place there between the sixteenth and seventeenth centuries, a period known as the Siglo de Oro (the Spanish Golden Age) due to the extraordinary growth of Spanish culture.

During this period, this neighbourhood attracted internationally recognised writers such as Miguel de Cervantes, Luis de Góngora, Francisco de Quevedo and Lope de Vega. Likewise, within this zone were the main comedy outdoor theatres known as corrales that were set up in the blocks’ inner courtyards where all variety of works were performed.

Very few buildings from this time in Madrid’s history still remain, but the Letras district has nonetheless managed to remain an important cultural centre as is demonstrated by the presence of the Ateneo de Madrid, the Teatro Español and the Teatro de la Comedia, amongst others.

To the south of the Letras neighbourhood is the Lavapiés district, an old suburb crossed by steep slopes, which gradually became part of the urban enclosure as of 1625, with the construction of the wall by Philip IV. From its very beginnings, the neighbourhood became home to the lower classes who could not afford to live in a more central zone, which meant it converted into the most popular and traditional symbol of Madrid. Calle del Calvario, Plaza de Lavapiés and the Mercado de Antón Martín are just some of the most popular places in the neighbourhood. 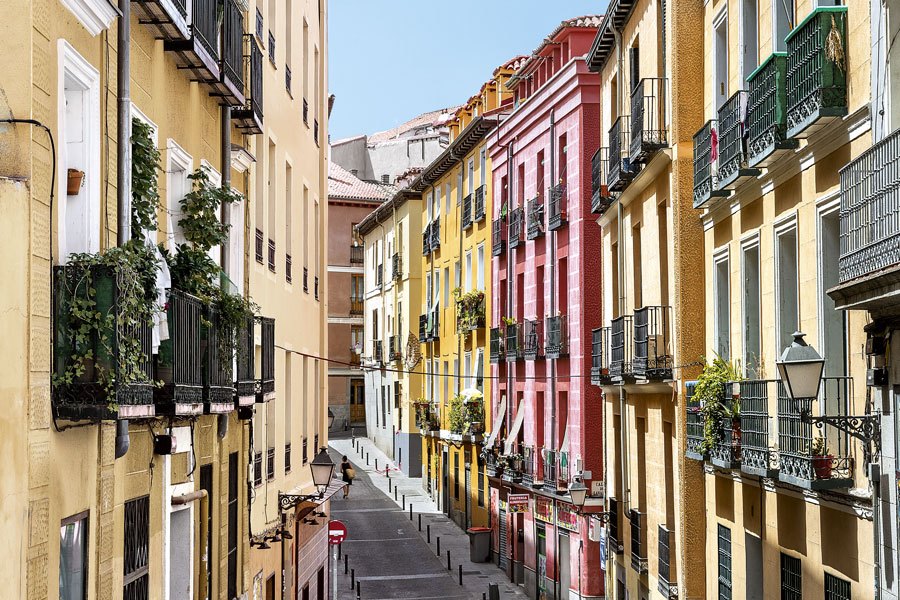 The royal city and the Teatro Real

Before becoming the capital of Spain, Madrid already proved popular with the monarchy and it was where various meetings of the Cortes were held, the political institution that represented every social stratum.

King Philip V began the construction of a new palace, which transcended its residential function in order to become the main symbol of royal authority. The Royal Palace, the official residence of the Spanish monarchy portrays the splendour of royal power by its architectural design.

The Teatro Real or the Royal Theatre is one of the key points in the city of Madrid. Considered one of the reference centres of the international opera scene, this theatre was built at the beginning of the nineteenth century by order of King Ferdinand VII. After many budgetary problems, construction work concluded in 1850, though refurbishment was later needed to reinforce the building’s structure. In 1997 the Teatro Real of Madrid opened its doors once again after extensive renovation work which allowed the building to have its original operatic function returned.

In the early eighteenth century, Spain came under Bourbon rule, a dynasty of French origin. Apart from developing an ambitious program of political reforms, the Bourbons introduced the ideals of the age of the Enlightenment into the country, an intellectual movement which advocated reason and faith in progress, which was particularly evident during the reign of Charles III, between 1759 and 1788, when major urban development took place aimed at transforming the city into a first class European capital.

Regulations were passed in order to substantially improve the hygiene and illumination of public spaces, at the same time as streets were paved, large boulevards were devised and numerous buildings were erected of monumental design.

The Fuente de Cibeles, the Puerta de Alcalá, the Cibeles Palace, the Casino de Madrid, the Teatro Alcázar and the Circle of Fine Arts are some of the buildings and monuments in Madrid that date back to the period of the Enlightenment. 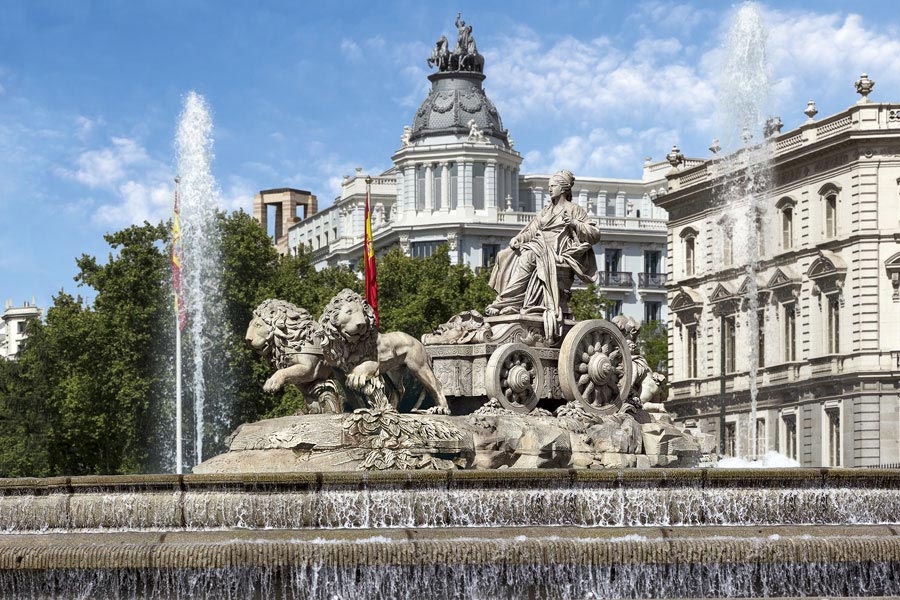 King Charles III approved in 1763 the creation of the so-called “Salón del Prado”, a large, tree-lined, landscaped avenue decorated with statues and monumental fountains around which various scientific buildings reflecting the ideals of the Enlightenment were constructed.

At the beginning of the nineteenth century, one of the new buildings on the boulevard housed the Prado Museum, which would exhibit some of the most representative works from the Spanish monarchy’s art collections. Today is it considered as one of the best art galleries in the world.

As the twentieth century progressed, the inauguration of the Thyssen-Bornemisza Museum and the Reina Sofía National Art Centre Museum definitively consolidated the Paseo del Prado as a first class art centre. Not surprisingly, nowadays, this avenue is also known as the Paseo del Arte (the Art Avenue), a name that refers to its unequalled cultural offer. 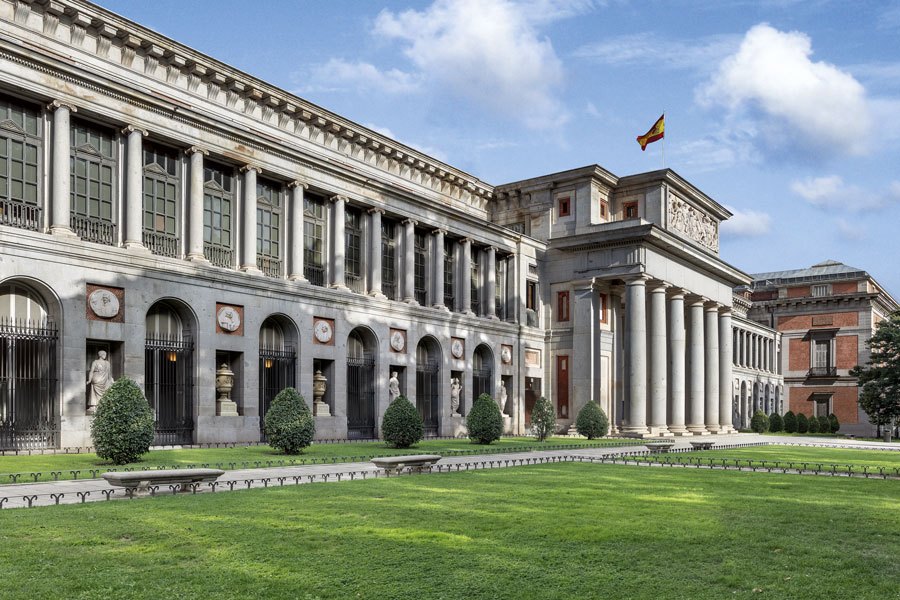 The Gran Vía of Madrid and the new city

In the middle of the nineteenth century, in order to solve the problems generated by the Industrial Revolution’s high population growth, the urban development of Europe’s major cities was carried out in an orderly way thanks to the creation of neighbourhoods with geometric layouts and wide avenues. Madrid followed this trend in 1860, when the municipal authorities approved an expansion project devised by engineer Carlos María de Castro.

In order to decongest the old town, the City Council set about planning a main road that would link the east and west ends of the city. Finally, in the year 1904 the construction of the new road was approved, popularly known as Gran Vía, which was considered from its origins a symbol of the modernization of Madrid.

The Gran Vía of Madrid, dominated by great buildings such as the Casa del Cura, the Edificio Telefónica or Casa Urquijo, leads to the popular Plaza de España, presided over by a great monument dedicated to writer Miguel de Cervantes.

In parallel with this expansion, Madrid was able to equip itself with a solid industrial base and a modern service sector, moving away from its traditional conception as just a simple administrative centre to instead acquire the status of a first-class financial and business centre.

In order to maintain its economic and cultural position, in recent years the city has continued to plan and construct new buildings and infrastructures that reflect the most avant-garde architectural trends, in a constant updating process which is set to continue in the future.

The Torre Foster, the Edificio BBVA, the Torre Picasso, the Puerta de Europa ensemble or the Cuatro Torres Business Area are some of the most representative constructions in the most modern part of the city. 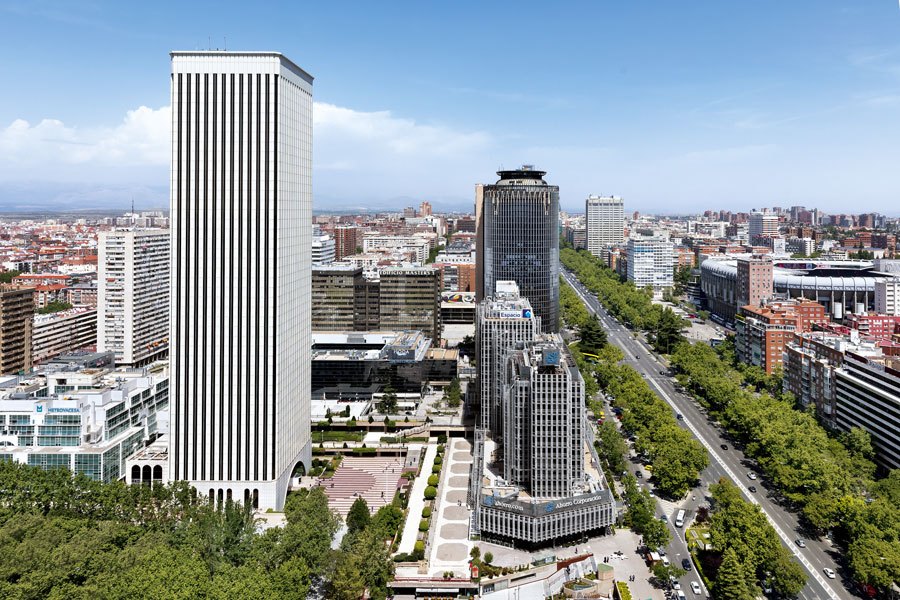 The book on Madrid to explore all its nooks and crannies

Headquarters of the the main political, economic and cultural institutions in Spain, Madrid is one of the greatest cities in the world. Its artistic and architectural heritage reflects the history of a city where tradition and modernity coexist.

This photography book on Madrid offers a detailed visual guide of the entire city, with incredible photographs and an abundance of information about its most emblematic places.

Published by Dosde, in an easy-to-use and compact format, this photographic book provides a better understanding of a unique and incredible city that has earned international recognition. This book completes the collection of books on Madrid produced by the publishing house.