Declared a World Heritage Site by UNESCO in 1985, the capital of Galicia stands out for its monumental beauty and its age-old history. The city has been closely associated with religion since its origins, and the pilgrimage to its cathedral has converted, thanks to Camino de Santiago, into an activity that attracts thousands of visitors every year.

The history of Santiago de Compostela

The foundation of Santiago de Compostela is linked to the discovery of Santiago or Saint James the Apostle’s tomb, one of the Jesus Christ’s closest disciples. Validated immediately by the ecclesiastical authority and the Asturian monarchy, the discovery led to the construction of a temple that would hold the holy relics. Despite being enlarged, the sanctuary was soon overcome by the relentless flow of worshippers, which meant it was replaced by a cathedral in the 11th century.

Thus, the resting place for the apostle’s relics became one of the main Christian pilgrimage sites, along with Rome and Jerusalem, a condition that led to the expansion and consolidation of the city that we know today. 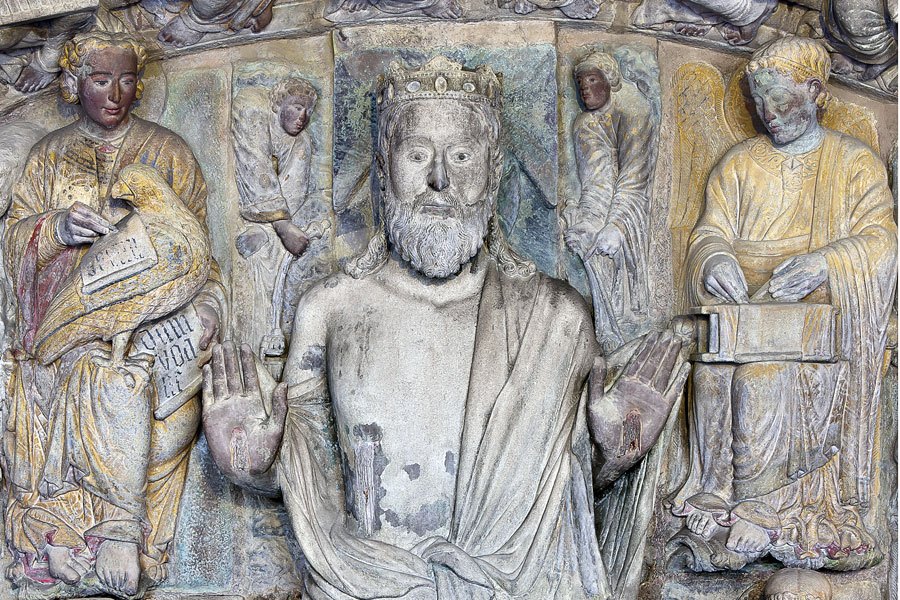 The cathedral of Santiago de Compostela

After a series of extension work on the first temple, constructed around the year 834, the constant growth of the Jacobean cult resulted in the construction of a large Romanesque style cathedral. Over the centuries different decorative and architectonic elements were added to the original building, which incorporated the Renaissance, Baroque and Neo-Classical styles, which underlined the monumental character and rich symbolism of a temple perfectly adapted to the worship of the apostle.

The Obradoiro façade boasts Baroque influence, the Azabachería façade blends elements of the Baroque and Neoclassical style, the Platerás façade conserves original Romanesque elements and the Quintana façade, constitutes a Baroque ensemble in two different backdrops –in which the Royal Door and the Holy Door stand out– which make up the large reception area or vestibule to the cathedral.

The Glory Portico is one of the most important elements of the cathedral. Considered as one of the masterpieces of medieval art, it was originally the western entranceway to the cathedral. Its design was directed by Master Mateo, the architect that around 1168 took charge of the management of construction work on the temple. Recently the portico has undergone extensive restoration work in order to return it its original colour, which has gradually disappeared over the centuries. 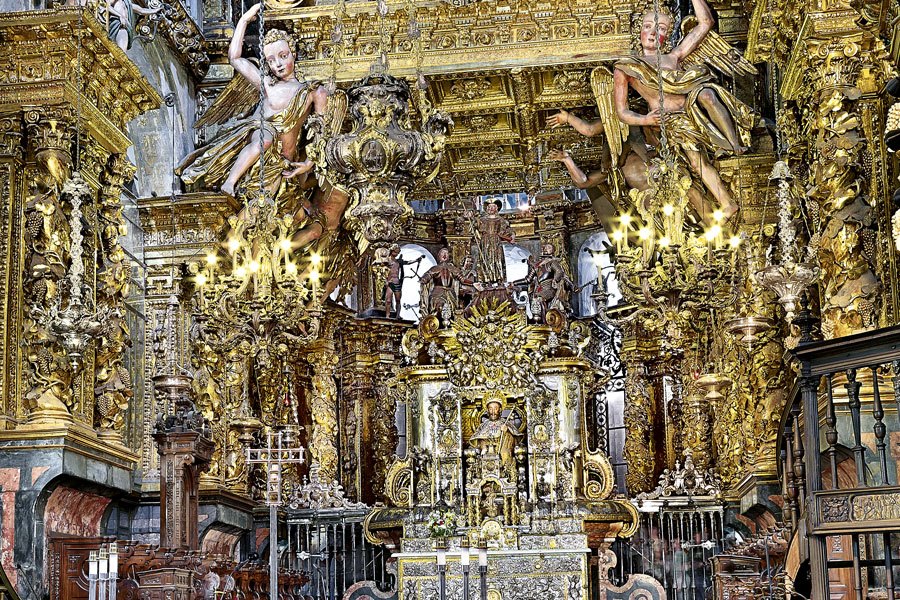 The discovery of Santiago’s tomb took place in a period in which relic worship was very popular. Thus, the appearance of the apostle’s body constituted a major find. Likewise, the news supposed a moral reward for a Europe that was trying to consolidate its Christian faith against Islam, a religion that had achieved considerable territorial expansion and cultural prestige.

The spread of the worship of Saint James led to the appearance of diverse pilgrimage routes that connected the religious relics with the rest of Europe. The Camino de Santiago converted into a multitudinous phenomenon, which served to foster cultural exchange and territorial cohesion. In the late 20th century the path’s religious symbolism was accompanied by its incorporation in the world’s main tourist routes, in view of its landscaped, historical and artistic value. 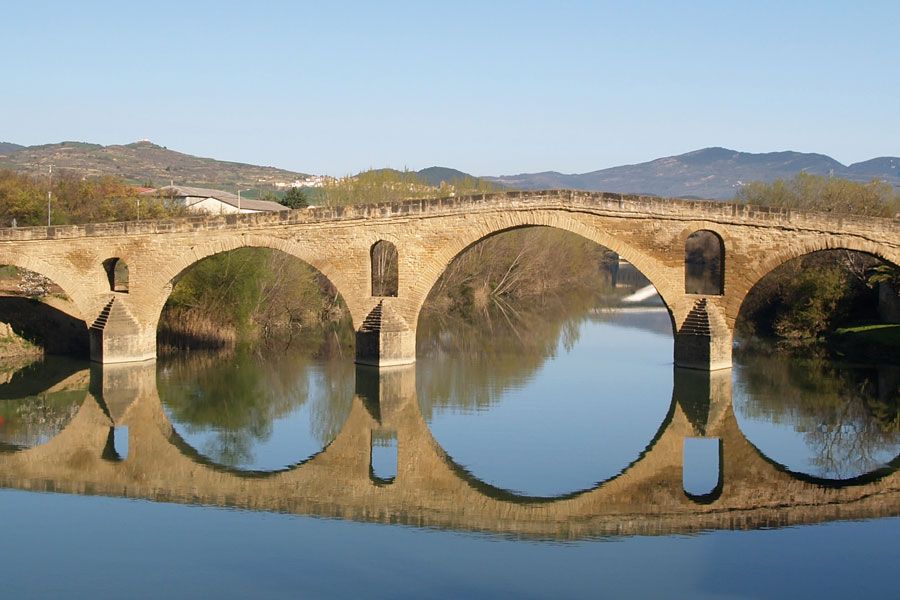 The presence of the cathedral led to the appearance of the urban development that makes up the old quarter of Santiago de Compostela. Thus, temples and convents linked to the Jacobean cult coexist with the hospitals designed to assist pilgrims, the university installations and the stately homes of the nobility and the ecclesiastical hierarchy.

Romanesque and Gothic influence is strongly felt in the buildings of medieval origin, whilst later works show characteristics of the Renaissance, Baroque and NeoClassicism. The Plaza del Obradoiro, the spiritual heart of the city, is a showcase for the most representative styles of the city, given that it gathers together the cathedral’s Baroque façade, the Romanesque Palacio de Gelmírez, the Plateresque style Hostal de los Reyes Católicos, the neo-Classical Palacio de Rajoy and the Gothic Renaissance San Jerónimo College.

The historical quarter of Santiago de Compostela gathers other important buildings of great architectural value, such as the Faculty of Geography and History, the College of Fonseca and numerous churches, such as the Church of San Paio de Antealtares, the Church of San Francisco and the Chapel of las Ánimas.

All this wealth makes the historical quarter of Santiago one of the most striking historical-artistic ensembles in Europe, underlined by its inclusion in Unesco’s World Heritage Site list in 1985.

Moreover, the architecture found in the different streets and squares that make up the layout of the old quarter keep its medieval past alive. Amongst the first residential streets that make up the medieval city are Viar, Franco and Preguntoiro, with the Rúa Nova added later on.

The municipal ordinance defined each detail of the urban area, in such a way that trade was mainly concentrated around Plaza de Cervantes and the streets called Azabachería and Moeda. Worthy of note is the Mercado de Abastos, built between 1937 and 1941 after the demolishment of the original building, but which adopted features typical of medieval architecture. 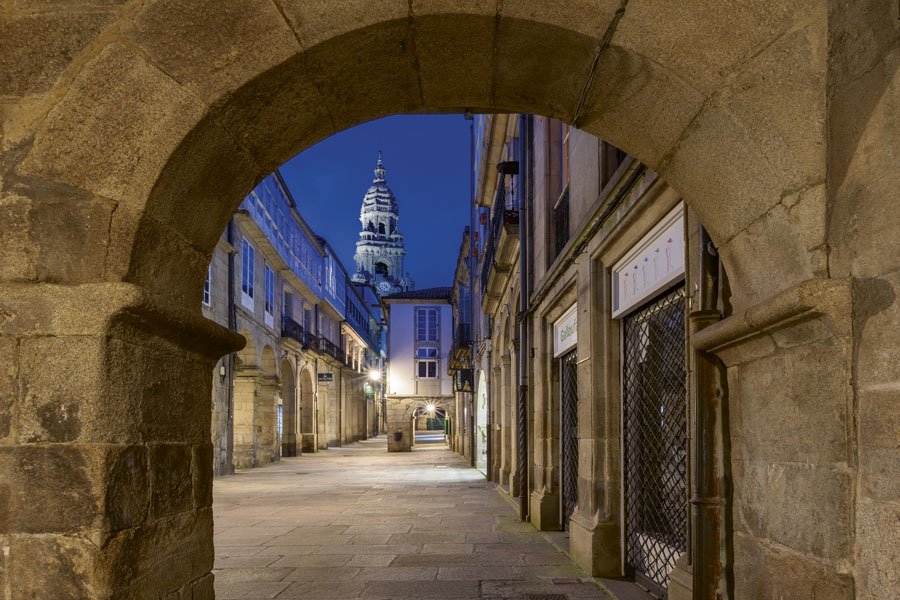 In the late 20th century, the demolition of the medieval walls led to the integration of the towns and rural areas outside the city. During this period the Parque de la Alameda was built, an important leisure area for Santiago’s inhabitants, which currently connects the historical centre with the South Campus of the university.

Between the end of the 20th century and the beginning of the 21st century, the extramural sector of Santiago has also become the showcase for the most avant-garde architecture, with large facilities such as the Centro Gallego de Arte Contemporáneo and the Ciudad de la Cultura, projects with an iconic vocation that have contributed to foster the cultural and artistic appeal of the city. 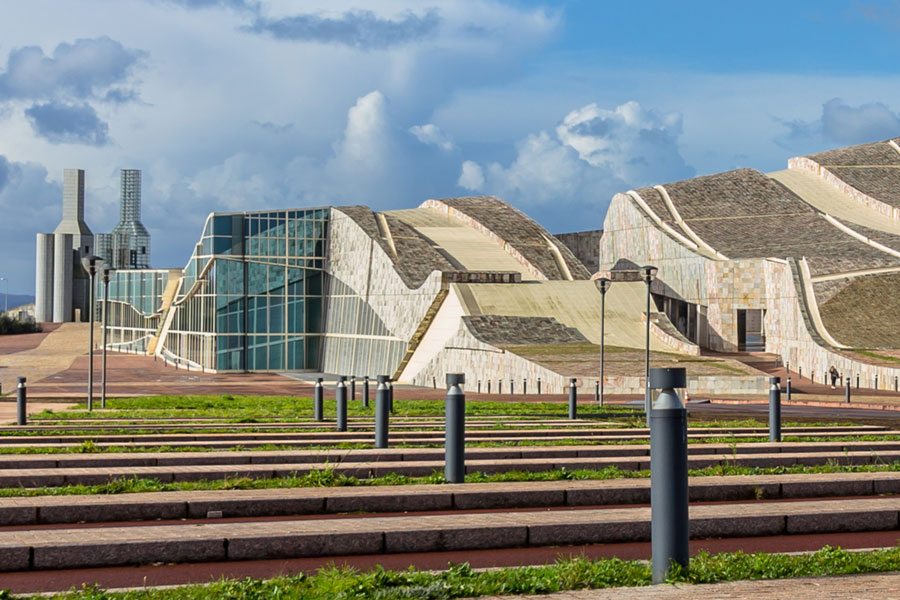