Distinguished for his great versatility, throughout his life Antoni Gaudí participated in more than 90 projects. Included in this extensive legacy are works such as Sagrada Familia, Casa Batlló, Park Güell and La Pedrera, converted into the architect’s universal icons, as well as more modest commissions hardly known by the general public.

Despite their little impact, the latter type of projects, which encompassed Gaudí’s student period up to his mature period, also show the stamp of the ingenious architect, one of the finest exponents of Modernisme. 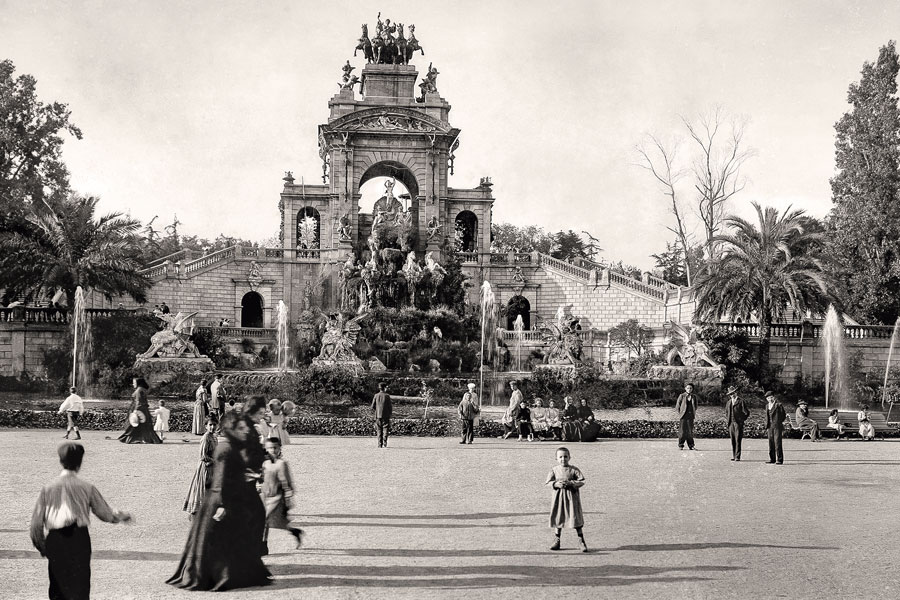 In 1876, while he was still studying for his degree in architecture, Gaudí worked with Josep Fontserè on the construction of the Ciudadela Park in Barcelona, a large public garden located on the site of a former military fortress. Gaudí participated in the design of the gate and the lamp posts of the site, decorated with allegorical details of medieval influence, and developed the hydraulic project of the monumental waterfall, one of the park’s main attractions.

Lamp posts of the Plaza Real and the Pla de Palau 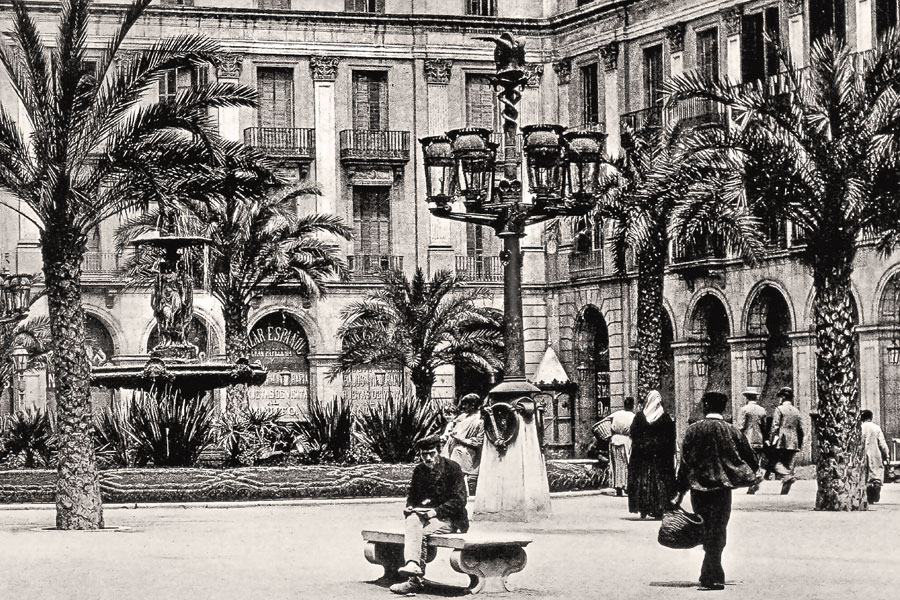 In 1878, the City Council of Barcelona commissioned Gaudí with the design of the gas street lamps to be used as part of the the decoration of Plaza Real, which was one of the most striking public spaces of the city. In 1889, the City Council installed two more lamp posts designed by the architect in the Pla de Palau, near the seafront. 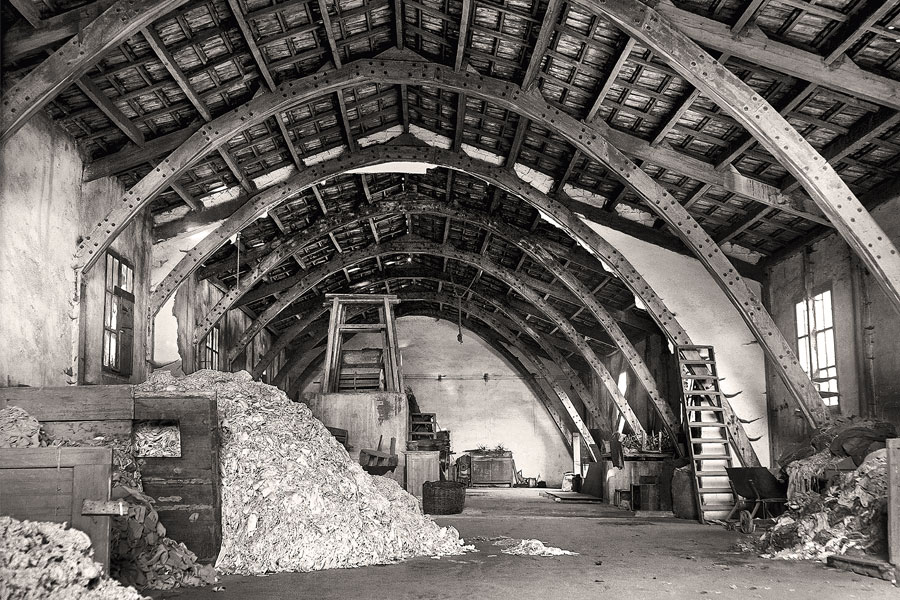 Belonging to a cooperative association dedicated to the manufacture of textiles, these industrial premises located in the town of Mataró were built in 1883 by Gaudí, who also designed diverse dwellings and facilities to be used by workers  that never got to be built. 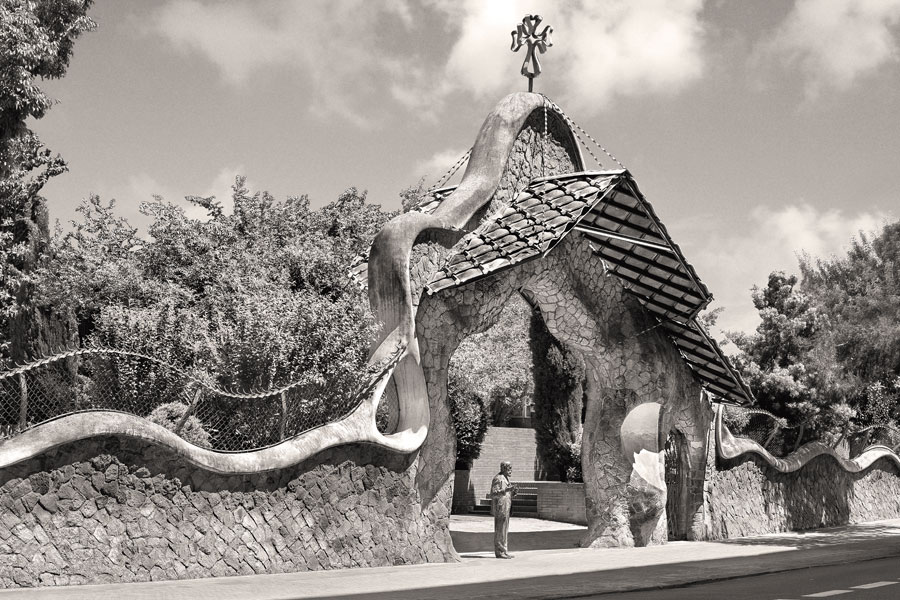 Between 1902 and 1903, Gaudí designed the wall and the gate to the main entrance of the property that printer Hermenegild Miralles owned in the old municipality of Sarriá. With undulating design, the gate is crowned by a four-armed cross, one of the symbols characteristic of Gaudí’s architecture. 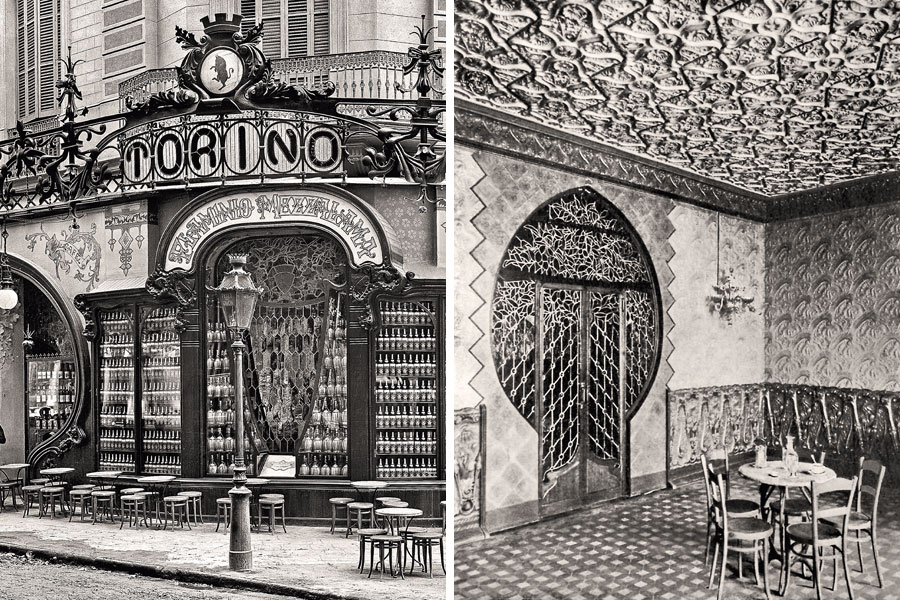 The Italian businessman Flaminio Mezzalama contracted Gaudí in 1902 to design one of the rooms in the Bar Torino, a modernist style establishment located on the corner of Gran Via with Passeig de Gràcia. Of Arab style, the room planned by Gaudí disappeared in 1911, when the Torino closed down. 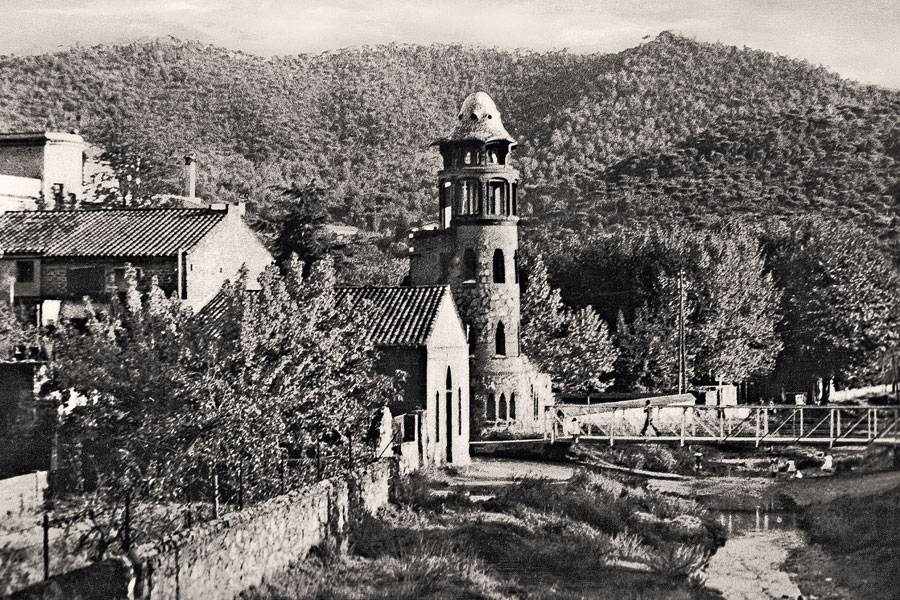 In 1906, the influential automobile entrepreneur Damià Mateu commissioned Gaudí with  a second home for his wife on the property that he owned in Llinars del Vallès, near Barcelona. The architect planned a look-out tower of cylindrical shape topped by a dome adorned with trencadís. Damaged during the Spanish Civil War, the building was demolished in 1962. 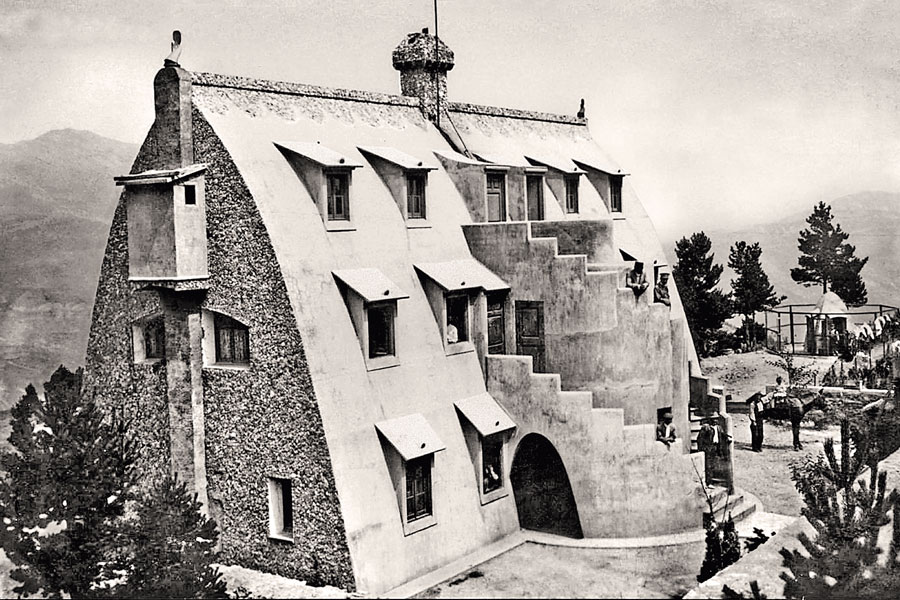 Commissioned by Eusebi Güell, Gaudí’s major sponsor, this building of functional design was constructed by the architect in 1904 in order to lodge the technicians and managers that worked in mines in the Catallaràs mountain range, a few kilometres from the Pyrenees. Based on the use of the parabolic arch, the structure of the property designed by Gaudí guaranteed shelter in case of heavy snowfall.

All Gaudí’s works in one great illustrated book

Few architects have reached the level of recognition that Gaudí has. His works have a sign and identity of their own, recognized almost anywhere in the world. Immerse yourself in his universe of colours, shapes and textures.

With more than 750 pictures, 3D recreations and computer graphics, this visual guide covers the complete work of Antoni Gaudí from his most emblematic works to his lesser known projects. It shows all the architect’s works in detail, analyzing them section by section. An absolute essential to know everything about Gaudí.