Antoni Gaudí – Projects that were not carried out

Gaudí’s projects that did not come to fruition

Amongst the more than 90 projects that Antoni Gaudí worked on throughout his life were a number of projects that never got to be carried out. The only evidence of these projects are the plans drawn up by the architect, which, despite the fact that they only show the most essential elements, allow one to conjure up an idea of how the project would have looked if it had been brought to life. 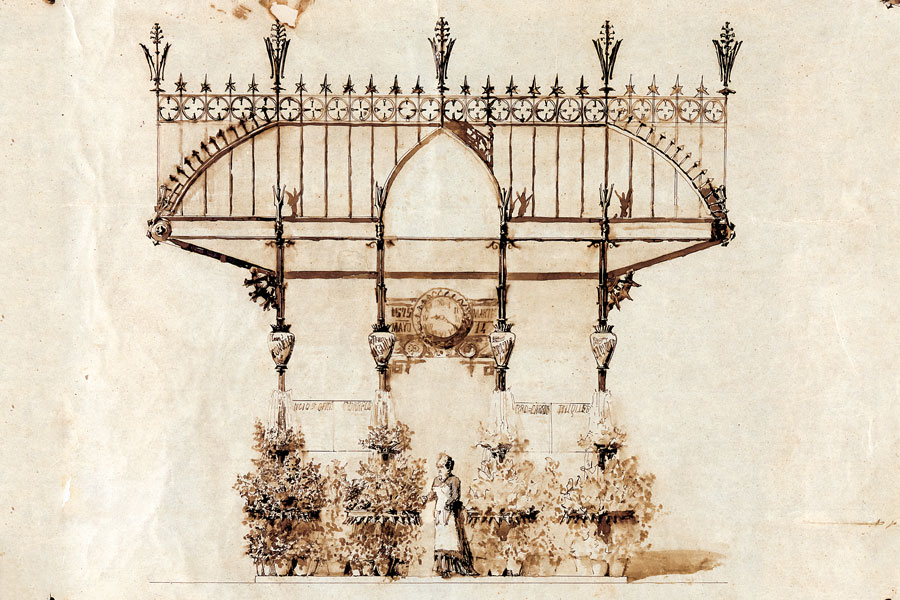 In 1878, shortly after graduating as an architect, Gaudí designed a flower stall of eclectic style, provided with toilets commissioned by tradesman Enrique Girossi. The City Council of Barcelona approved the project, but Girossi went back bankrupt and couldn’t carry it out. 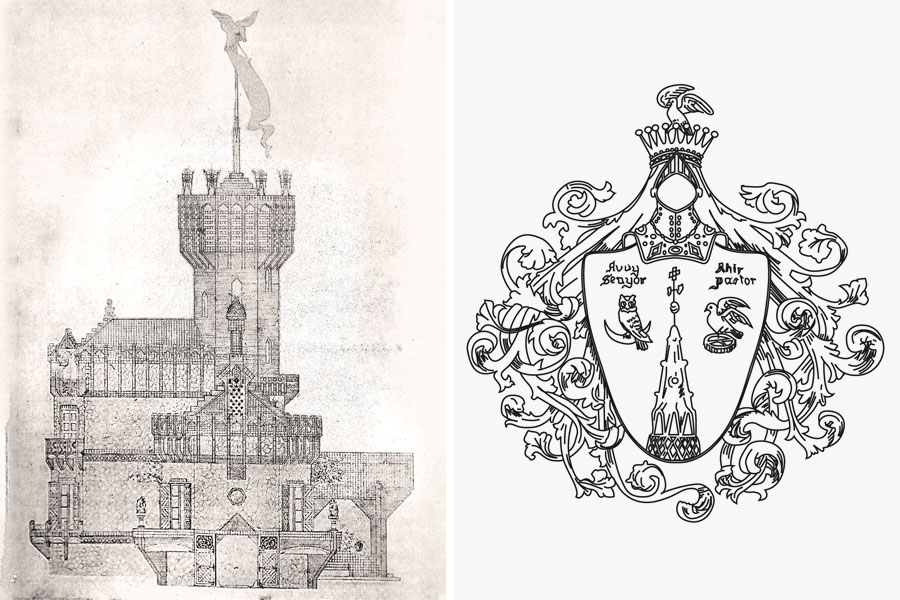 In 1882, businessman Eusebi Güell commissioned Gaudí with the project of a hunting lodge on a property he owned in Garraf, a costal zone located to the south of Barcelona. The architect carried out a detailed sketch of the building, presided over by a medieval style tower, but the work never came to fruition. 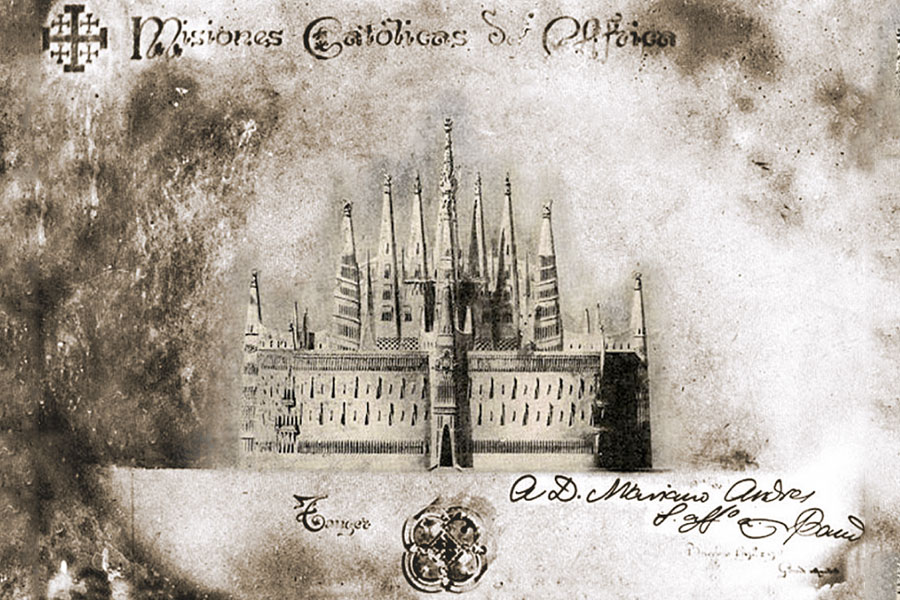 Around 1892, Gaudí travelled to the Moroccan city of Tangiers accompanied by the second Marquis of Comillas, Claudio López, who wanted to build a site to host the religious and educational activities of the Franciscan Catholic order. The project designed by Gaudí, which included towers very similar to those of the Sagrada Familia, was approved during an initial stage, but the political instability of the zone meant it wasn’t constructed.

Sanctuary of the Misercordia of Reus 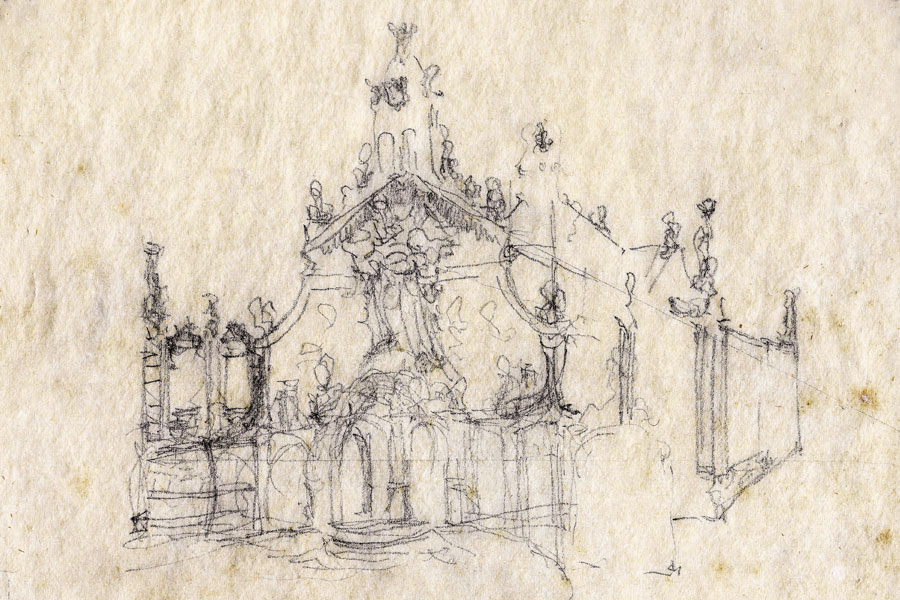 Gaudí’s love for his hometown led him to propose in 1903 the refurbishment of the façade of the temple dedicated to the Patron Saint of Reus, but those responsible for the sanctuary ended up declining the offer due to the elevated cost of the project. 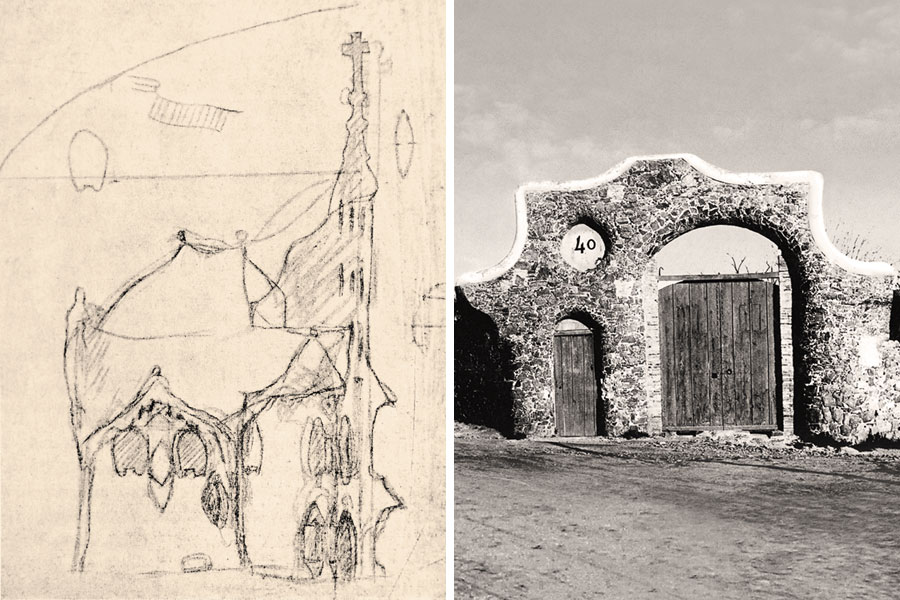 Around 1904, Gaudí designed the house of the painter Lluis Graner i Arrufí, located in the neighbourhood of Sant Gervasi de Cassoles. The architect designed an organically shaped chalet, similar to Casa Batlló and the lodges of Park Güell, but owing to the financial problems of the work’s developer only the fence could be built and the entranceway to the property.

In 1908, while he was working on Sagrada Familia, La Pedrera, Park Güell and the Güell Crypt, Gaudí received a visit from two North American businessmen who commissioned him with the project of a hotel in New York. The architect designed an original 360 metre high skyscraper equipped with museums, art galleries and auditoriums. The work would have been one of Gaudí’s most ambitious projects, but, for unknown reasons, it was never carried out either.

All Gaudí’s works in just one book

Gaudi’s works have a sign and identity of their own, recognized almost anywhere in the world. Few architects have reached his level of recognition, with his universe of colours, shapes and textures.

This visual book includes more than 750 pictures and 3D recreations. It convers the complete work of Antoni Gaudí from his most emblematic works to his lesser known projects. An absolute essential to know everything about Gaudí.