The Episcopal Palace of Astorga

The history of the Episcopal Palace of Astorga 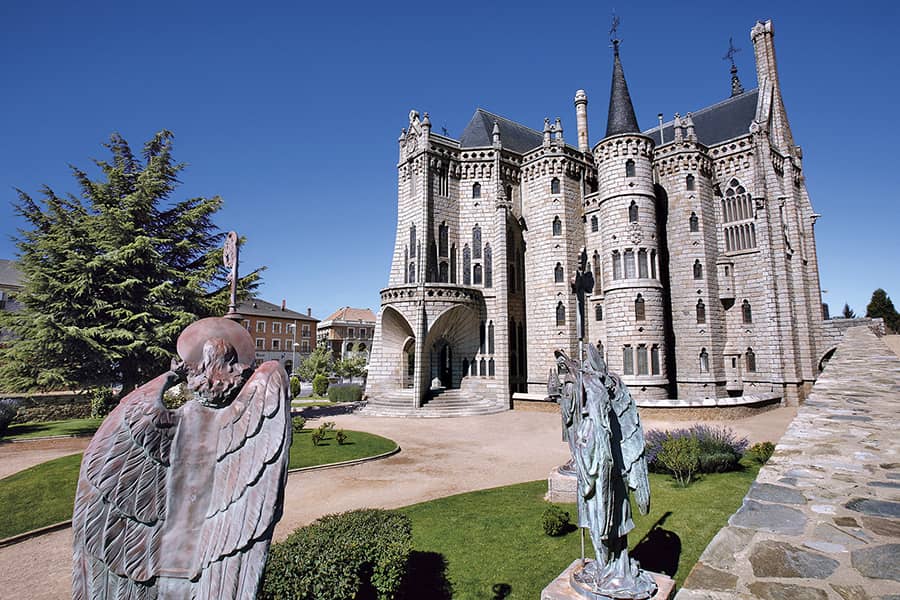 The project for the Episcopal Palace of Astorga dates back to the year 1887 and was due to the initiative of the Bishop of this Leonese city, a Catalan called Joan Grau i Vallespinós. It was he who asked Antoni Gaudí to head the construction work and who earnestly defended his fellow countryman‘s project against the incomprehension and budgetary problems of those who bore the expenses.

The Bishop’s death, in 1893, implied the almost immediate resignation of the Catalan architect, who left the upper floor and roof unfinished, which was completed a decade later (with more modest solutions) by Ricard García Guereta, who was from Madrid. Gaudí was used to working with total freedom, devising projects in an organic way while modifying plans as he went along.

For this reason, the state’s supervision, which obliged him to present a closed project without any possible evolution, and the academicist corrections dictated by ministry advisers, incompliant with his creative and innovative genius, led to an intolerable discontent, aggravated as well by long delays in the payment of his fees.

However, despite these circumstances, and the fact that Gaudí had to complete the first draft before even stepping foot in Astorga, the palace is nonetheless a masterpiece in its organization of space (with the artist making every floor a continuous, flowing unit), in its treatment of light (by blending majesty and recollection) and in the use of symbolism where the palace is based on constructive elements typical of a church. For all of the above mentioned, the Episcopal Palace, is along with the cathedral, the most admired monument in Astorga. 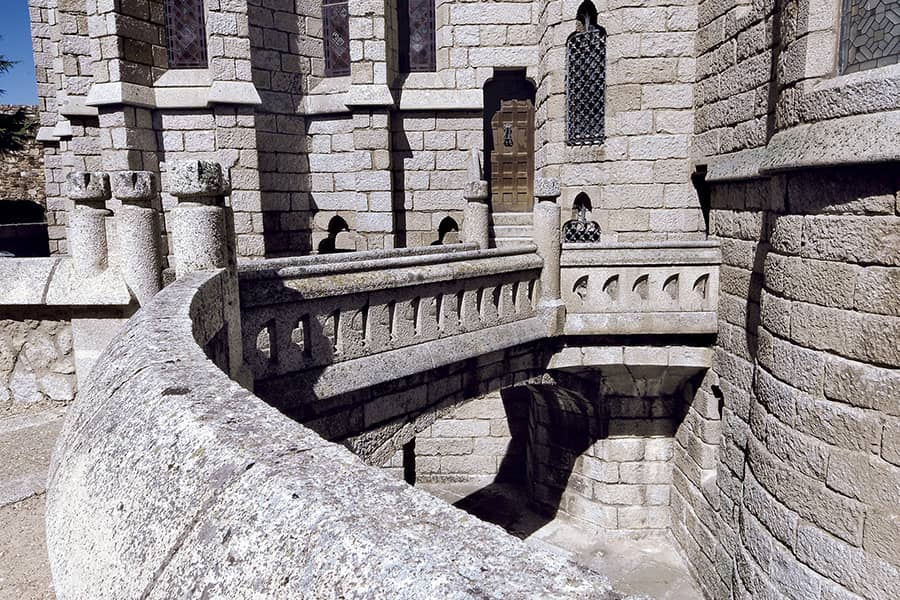 With 12,000 inhabitants, Astorga is capital to one of the oldest and most extensive dioceses in Spain, which had two great periods of splendour: the Roman Empire and late Middle Ages.

Gaudí paid homage to the city’s medieval past by using a neo-Gothic style and in the palace united elements from two types of construction that signified the triumph of Christianity in the Reconquest: the castle (moat, battlements and towers) and church (cross ground plan, apse, crossed vaults and ogival arches).

To these elements he united others of civil character, such as terraces and look-outs. To emphasize symbolism, Gaudí experimented with scales: he respected the architectonic pre-eminence of the neighbouring cathedral as the “House of God”, but gave lustre to the palace by using white granite and the predominance of vertical lines.

The inside of the Episcopal Palace of Astorga

After his first visit to Astorga, almost two years after starting the project, Gaudí creates a large central nucleus, allowing the organization of all rooms going round it and which generates a great focus of zenithal light to illuminate the axis of the palace. Multicoloured stained glass, inspired by León Cathedral, creates an atmosphere which is majestic whilst secluded, whose effects are particularly elegant in the Throne Room and Chapel, on the main floor, and the former Secretary’s Office, on the ground floor.

The mix of constructive elements (walls, pillars, columns and vaults) and of materials and techniques (granite, brick, plaster, mosaic, ceramic, sgraffitis) aid this harmonious continuity in the rooms and show off Gaudí’s versatility and knowledge, capable of synthesizing an original style while using resources from different periods.

This book closely explores the works that Antoni Gaudí carried out during his life, it is a complete look at the artist’s legacy. The books includes more than 750 pictures, 3D recreations and computer graphics.

Published by Dosde, the book includes a large amount of information in order to get to know the architect’s work in greater detail, as well as numerous photographs and 3D illustrations that have been made exclusively for this edition.