What is the Gran Teatre del Liceu of Barcelona?

Inaugurated in 1847 in la Rambla, in the heart of Barcelona, the Gran Teatre del Liceu is considered one of the most important centres of opera in the world. Despite having been subjected to two serious fires, the building still has its original façade, work of architect Josep Oriol Mestres, while its interior is the result of detailed restoration and reconstruction work. Its concert hall has played host to performances by some of the world’s major references in opera, ballet and symphonic music.

At present, the Liceu of Barcelona continues to put on an extensive programme every year, which includes the great classics of opera as well as new, emerging projects.

The history of the Liceu theatre

The origins of the theatre go back to the year 1837, when a group of officials from the National Militia (a military entity made up of civilians of liberal ideology) decided to create an association that aimed to promote singing and music by means of classes and concerts. Known as the Liceo Filo-dramático Barcelonés, the association had its base in the old convent of Montsió, formerly occupied by Dominican nuns, but in a short time the need arose to build a more spacious and modern place.

To carry out the project, those responsible for the Liceo were backed by prominent bourgeois figures, who wanted to provide Barcelona with an auditorium that would compete with those in major European capitals.

Construction work on the new facilities commenced in 1845, on the site of an old convent on the Rambla. Directed by Manuel Garriga i Roca and Josep Oriol Mestres, building work ended in 1847 when the Gran Teatre del Liceu raised its curtain for the first time.The success of the auditorium was unfortunately interrupted in 1861, when a fire broke out in the tailors’ workshop and damaged the concert hall and the stage, which were reconstructed by the very own Oriol Mestres.

In 1994, the Liceo de Barcelona was once again reduced to ashes, but the public administrations agreed to rebuild the theatre completely, which by then had converted into a symbol of Barcelonan society.

The concert hall of Barcelona’s Liceo 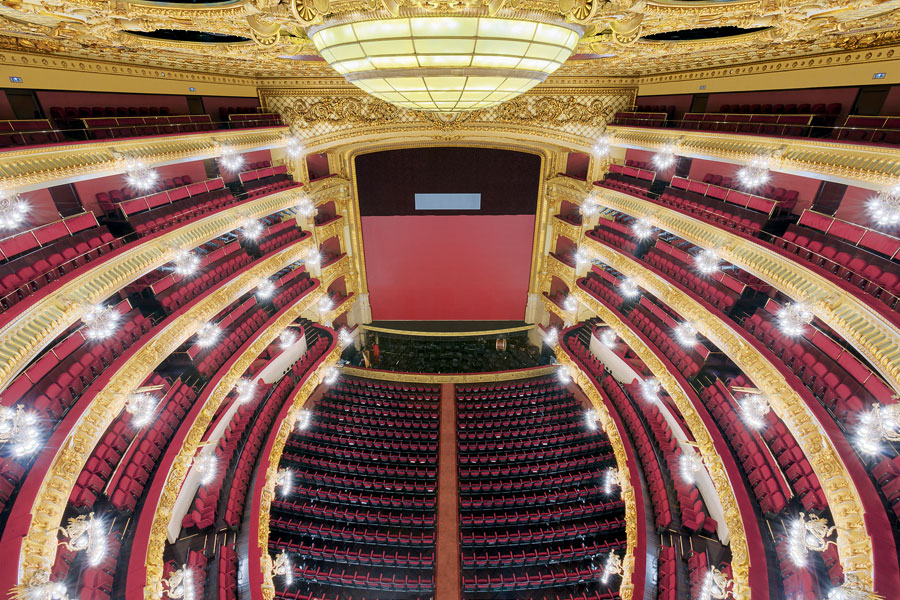 Inspired by La Scala in Milan, the sala that hosts all the concerts in the Liceo is based on a horse-shoe-shape ground plan, with stalls and five levels. This structure provides grandeur and loftiness to the space, which over the years has also incorporated the latest technology to enhance all kinds of productions.

Its excellent installations allow for rapid changes of the set, a fact that facilitates the organisation of more ambitious productions and which, at the same time, contributes to the large, diverse variety of performances. The theatre also stands out for the number of spectators it can hold, 2,292 people, one of the largest capacities in Europe.

The Cercle del Liceu of Barcelona 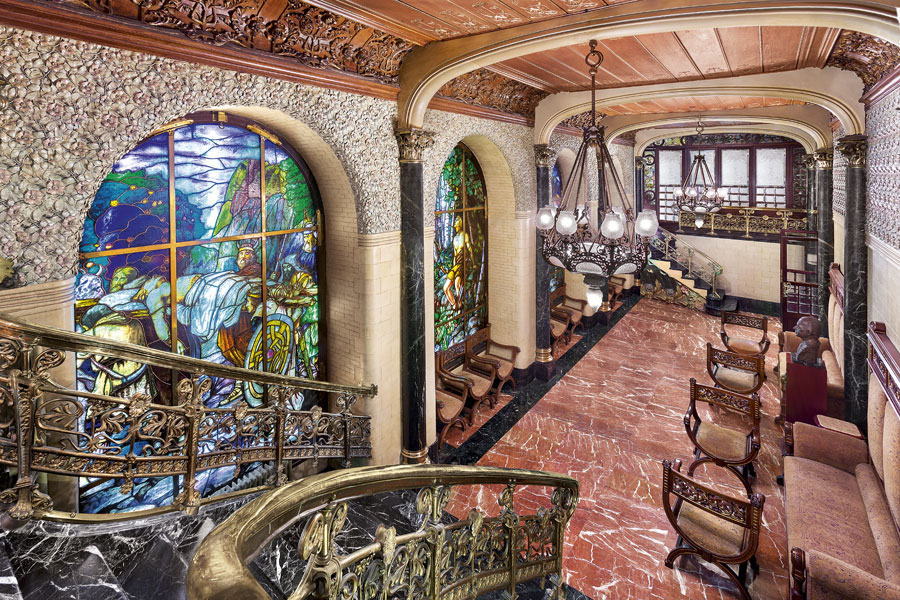 Founded in 1847 by members of the gentry, this English style club occupied various rooms next to the Gran Teatre del Liceu. The areas that were to be used to host the entity’s activities were enlarged and renovated at the start of the twentieth century, coinciding with Modernisme’s period of splendour.

Carried out by artisans and prestigious decorators, this remodelling allowed the incorporation of numerous details in tune with new aesthetic tastes, such as the fireplace, the carpentry work and the mosaics that decorate La Pecera, a room overlooking the street that was refurbished by Catalan decorator and illustrator Josep Pascó i Mensa.

An exquisite book to enjoy Modernisme

Modernisme was an artistic movement of great beauty that reached its peak in Barcelona around the late 19th century and the early 20th century. Modernisme gave great value to craftsmanship and took its inspiration from the great book of nature.

This photographic book includes more than 300 pictures that portray Modernisme from sculpture and painting to jewellery and decoration. Published by Dosde, the book includes numerous photographs and 3D illustrations carried out exclusively for this book, with which the reader will be able to get to know the most representative works of this artistic movement.