History of the Artigas Gardens 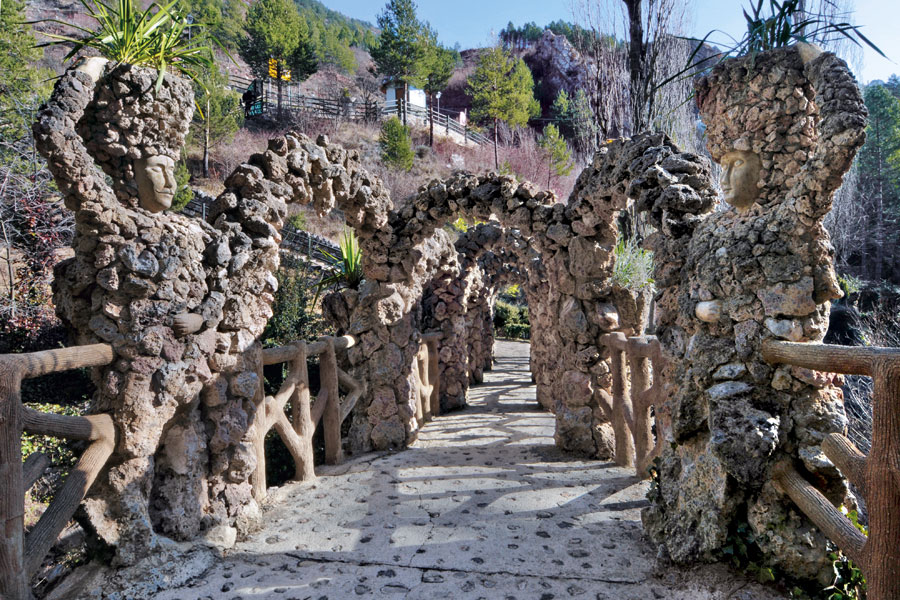 At the beginning of the 20th century, Antoni Gaudí travelled several times to La Pobla de Lillet, a small town located in the Pyrenean foothills, in order to supervise work on a chalet-hut in Catllaràs, built to house technicians working in the nearby cement factory in Clot del Moro, which belonged to Eusebi Güell. Meanwhile, a textile industrialist of the zone, Joan Artigas Alart, a friend of Güell, was captivated by the project of Park Güell, in Barcelona, which was still in the throes of construction.

In 1902, on one of Gaudí’s visits to La Pobla de Lillet, Artigas met up with the architect and asked him for his advice on how to landscape the area behind his factory on either side of the River Llobregat, whose source was six kilometres to the north and which forcefully passed through the land amongst rocks and dense vegetation. Gaudí’s interest was aroused by this landscaping challenge and on a later visit, when staying at Artigas’ home, he paid a visit to the spot.

On his return to Barcelona, the architect found inspiration in the ideas he was applying in Park Güell and sent some sketches of the future Artigas Gardens off to the businessman. Moreover, Gaudí provided two labourers that were working on Park Güell to start on the Pobla de Lillet site and whose task would be to instruct local builders what to do for the first few months, who would then carry on with the task of landscaping when the other workers had to go back to Barcelona.

Artigas died in 1903, shortly after construction work on the Artigas Gardens commenced, which was not concluded until 1910. The death of his heir in 1934, a fire at the factory in 1939 and the family’s move to Barcelona in the 1950’s led to the abandonment of this river theme version of Park Güell, which didn’t get to be renovated until the year 1992. 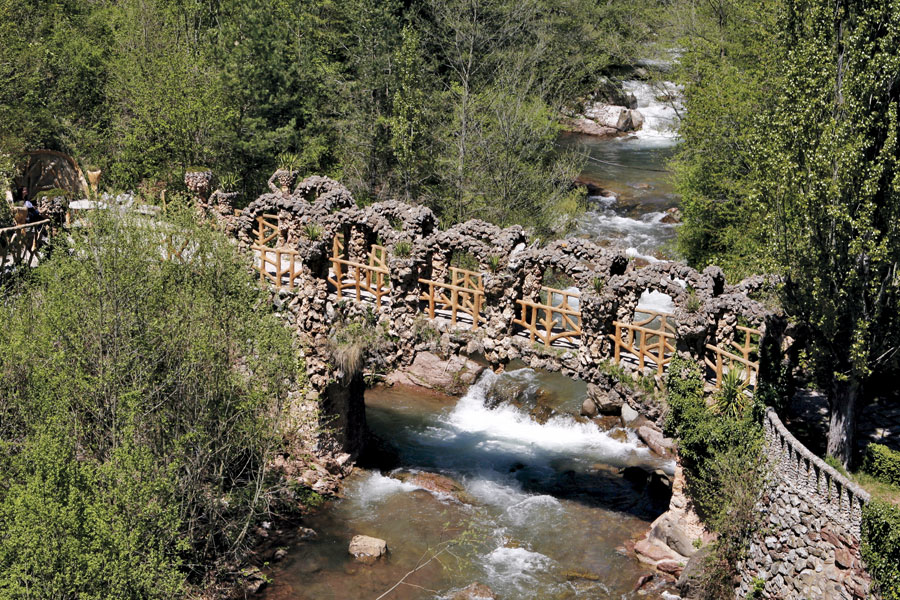 In contrast to Park Güell, an arid garden where water flowed through pipework, the Artigas Gardens pay homage to the springs and rivers that rush through. Gaudí concentrated all his interventions around the springs and the areas that allowed close-up enjoyment of the water spectacle that rushed rapidly through the gardens.

Therefore, it is hardly surprising that the architect designed various balustrades or look-out points in the Artigas Gardens alongside the river such as a cylindrical pergola-look-out point (conically shaped at its highest point) and two bridges: one based on an original parabolic arch to get over the steep drop between the two banks, and another curious one further down, decorated with semi-circular rocky arches, positioned both in parallel and transverse style, rather like a pergola.

Chromatic sobriety of the Artigas Gardens

In contrast to the colourful trencadís used in so many of his works, when designing the Artigas Gardens the Catalan architect respected the chromatic austerity of the valley of La Pobla de Lillet and its abundant, perennial green vegetation. He employed stone from the very same zone and combined round pebbles from the river bed with rough ones from nearby.

When he used cement from the neighbouring quarry of Clot del Moro to construct the path railings and organic balustrades, their design echoed the organic forms of the trunks of the pine trees. He was also inspired by the four Evangelist figures, whose iconography –the ox (Luke), the eagle (John), the lion (Mark) and the angel (Matthew), sculpture that disappeared after the Civil War– formed an imaginary cross on the land, one of the artist’s preferred symbolic representations.

This comprehensive work with the Complete Work of Gaudí covers all the projects that the architect carried out throughout his life, explaining them section by section. Published by Dosde, the book includes more than 750 photographs, 3D illustrations and very detailed information.