The Teresian College of Barcelona

Gaudí and the Teresian College of Barcelona

In 1889, Enric d’Ossó, founder of the Teresian Congregation, commissioned Gaudí to continue the project of a large building in the village of Sant Gervasi de Cassoles –absorbed by Barcelona a few years later– in order to accommodate a female boarding college, the headquarters of the congregation and a study house for the nuns: the Teresian College of Barcelona.

The former architect left Gaudí with the foundations and about 80 centimetres of wall built, and the latter accepted Ossó’s conditions: a tight budget in line with the congregation’s vow of poverty which contrasted with the opulence of the projects commissioned by Güell. Despite the financial constraints of the project, the artist does not abandon his architecture imaginative constructive ideas and manages to design a work marked by symbolism. 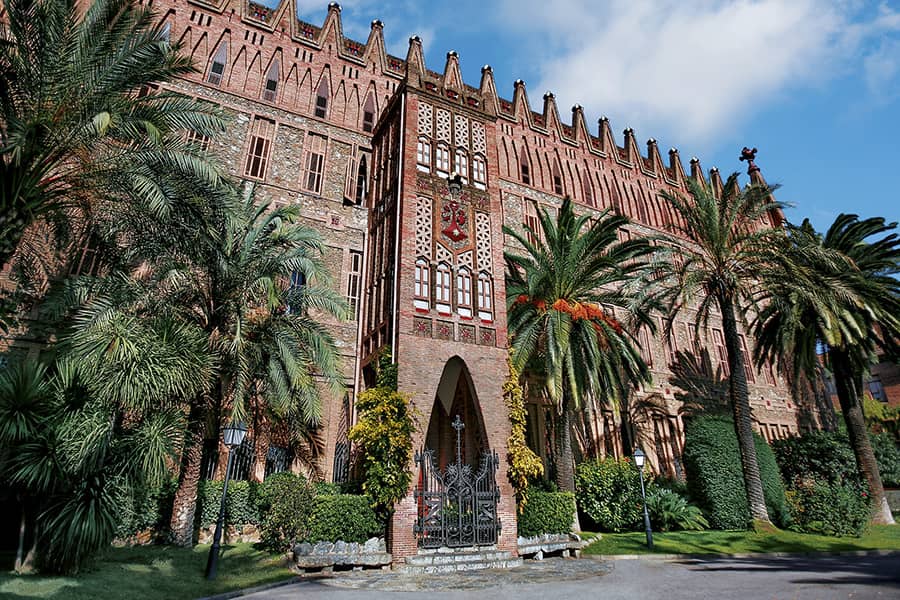 For the Teresian College of Barcelona, Gaudí planned a building of rectangular ground plan, with a ground floor, three floors and an accessible roof. On the façades, he bordered stone walls with lines of brickwork and broke up the continuity of the windows –a deliberate modular repetition– with two attached central bodies: the portico, on the main façade, and the domestic service area, at the rear. It is one of the 5 lesser known works of Gaudí.

The crenellations that top the façade and the pinnacles that decorate the towers on the four corners give a medieval air to the work, reinforced by the Mudejar lattice work on the portico and the vertical sensation of the large windows. To compensate for the simplicity of materials, Gaudí juggled around with the plans in order to achieve a contrast between light and shadow. 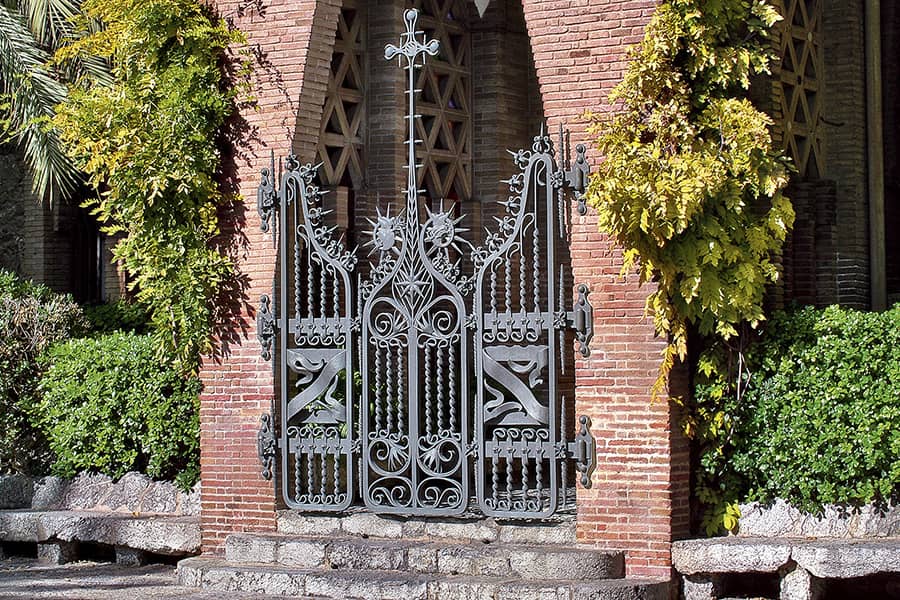 Always eager to provide meaning to the decoration of his projects, Gaudí included symbolism of secular character, relating to the place of construction, the developer’s identity, local history or –according to the case– to emblems of Catholicism. The walls and construction details of the Teresian College are particularly laden with religious references due to the architect’s admiration for the Saint’s work. Her carved figure in the Church of Santa Maria de la Victoria in Rome by the great Italian Renaissance artist Gian Lorenzo Bernini must also have influenced Gaudí.

Examples of this propensity to use symbolism is the abundant use of the initial “T” that stands for the Saint’s name that can be seen depicted amongst crenellations and used in the door handles’ shape, the use of the monogram JHS (Jesus, Saviour of Mankind) on the façade or the allegory of Mont Carmel on the gateway.

The interior of the Teresian College

Gaudí took advantage of the load-bearing potential of the catenary archway throughout the inside of the building. On the ground floor, the parabolic shapes of the mentioned arches are truncated by the roof, turning into a narrow series of brick corbels only interrupted by the far ends of the corridor.

On the first floor, in contrast, the arches go uninterruptedly down the corridor, creating a play of light and shadows that can be considered as some of the greatest achievements by the architect in the field of the treatment of natural light.

The deluxe format of this edition means Antoni Gaudi’s works can be seen at their best thanks to 3D illustrations, excellent photographs and drawings.

Dosde has gathered together the complete work of Gaudí within this book with detailed information to learn about all the different facets of the architect, the influences in his works and the elements that inspired him.